GameSpot has posted footage from Super Mario Maker’s “Ship Love” level that won the Facebook hackathon event yesterday. Check it out below:

Nintendo announced earlier today that two new weapons, the Range Blaster and Inkbrush Nouveau, are being added to the game. You can find some screenshots of those two below.

The third North American Splatfest had also been announced and is taking place next week. Players will be able to choose between “roasting marshmallows” or “hot dogs”. The Splatfest will start at 12 PM ET on August 8, and 9 PM PT on August 7. 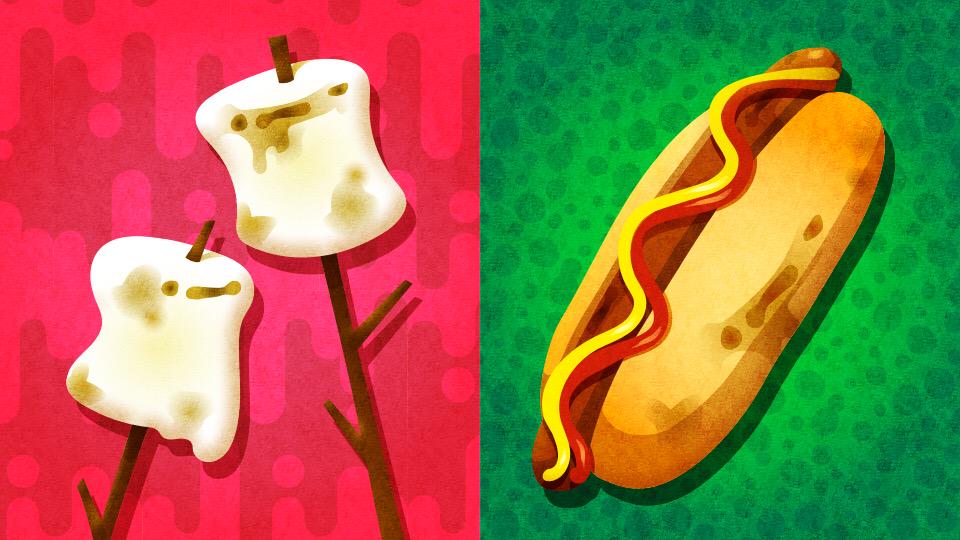 A trailer dedicated to the new Mii Fighter Costumes has been released and you can watch it below:

The folks working at Reddit’s Smash Bros. page have also compiled a list of character changes. You can check it here.

Famitsu has revealed that Blaziken will be included in a pre-release period for play testing Pokkén Tournament between August 6th and August 31st. Those interested need to sign up from August 3 to August 29. After August 31, Blaziken won’t be playable until its official release at a later time. You can view some new screenshots in the gallery below:

Nintendo has randomly released a new 3DS game on the Japanese eShop today.

Here are some details of what we know so far:

– From Nintendo and Scrap Magazine
– 1,023 blocks
– Program bombs were planted around the world inside 50 million 3DSs
– Solve the mystery to prevent your 3DS from exploding
– Play online
– Can simultaneously play with other players
– There will be further stories (at a price) added at a later date
– the first full episode coming 2 September
– The first episode is indeed free from 2 – 30 September and then will cost ¥100
– The delivery dates for the other episodes (all ¥100 each or ¥450 together) are 5, 12, 19 and 26 September

Next week, Capcom will be sharing a new look at Monster Hunter X during the next episode of Capcom TV, which airs on August 5th.

You can watch the new episode of Capcom TV here, at the following times:

You can also find a new commercial and lots of new screenshots below:

– Courier Felyne: known for his services and liking apples
– Speak to him when sending mail to other people’s villages
– You’ll have a pamphlet with your village information on it
– This gets traded with other players
– Once they take it via local connectivity, you’ll get to interact with them through StreetPass
– You can then see their names and the number of friends they have
– You’ll also receive the other player’s pamphlet
– Their pamphlet tells you information on how their village development has been coming along, and their friendship level with Felynes
– The Felynes registered through a pamphlet will occasionally come visit the nesting grounds, where you keep baby monsters
– They’ll also bring along their own monster babies
– Can get items by interacting with them
– You’ll sometimes receive collaboration costumes from special quests available through downloads
– Recent collaborations include Super Mario Bros. and Animal Crossing outfits, V-Jump collaboration based on the Jump comic’s pirate logo

Check them out in the gallery below:

A fan in Japan picked up the strategy guide for Return to PopoloCrois: A Story of Seasons Fairytale, and it apparently reveals that the franchise’s next game is already being worked on. It’s supposed to be like the 1998 PlayStation title Poporogue. According to him, it’s also stated in the guide: “(The next game) has many new species”.

TACS Games will be launching Factotum in North America on August 20 and uploaded a new trailer for it today. Check it out below:

Curve Digital announced that it is bringing Hue to the Wii U eShop on Q1 2016.

You can view the official overview and trailer below:

When Hue’s mother becomes trapped in the mono world, he gains access to the colour ring – a device which allows him to alter the perception of colour. Embarking on a mission to foil the evil intentions of the despicable Doctor Gray, Hue begins a journey which will not only shape him as person, but alter the world forever.

Key to the game is the ability to shift specific colours, a thrilling game mechanic which offers a host of new puzzle possibilities. Players can manipulate the environment in order to reveal hidden routes, avoid threats, remove hazards, defeat adversaries, create platforms and more…the gameplay possibilities are endless.

Hue has been funded by Kuju Startups, a video games investment fund who help great indie developers bring their dream ideas to market.

And that’s all the main news for today. Enjoy everyone!

New to the site? Then take a look at the About page to learn more about us, and remember to check the Site Rules before commenting on any posts or pages.
Thank you very much for following and supporting Nintendokusou, it means a lot! Enjoy yourself and have fun!