The first CoroCoro leaks have now showed up and have revealed some new details about the most recent Pokémon movie, The Archdjinni of the Rings – Hoopa, and in-game details about Hoopa itself.

At last, we now know that Hoopa Unbound’s signature move is Hyperspace Fury. It also explains how Hoopa changes forms by using an item called the Prison Bottle, which is obtained from a PokéMart clerk after fulfilling certain specific conditions.

Mega Latios and Mega Latias are also confirmed to appear in the movie.

Here are the CoroCoro scans mentioned above: 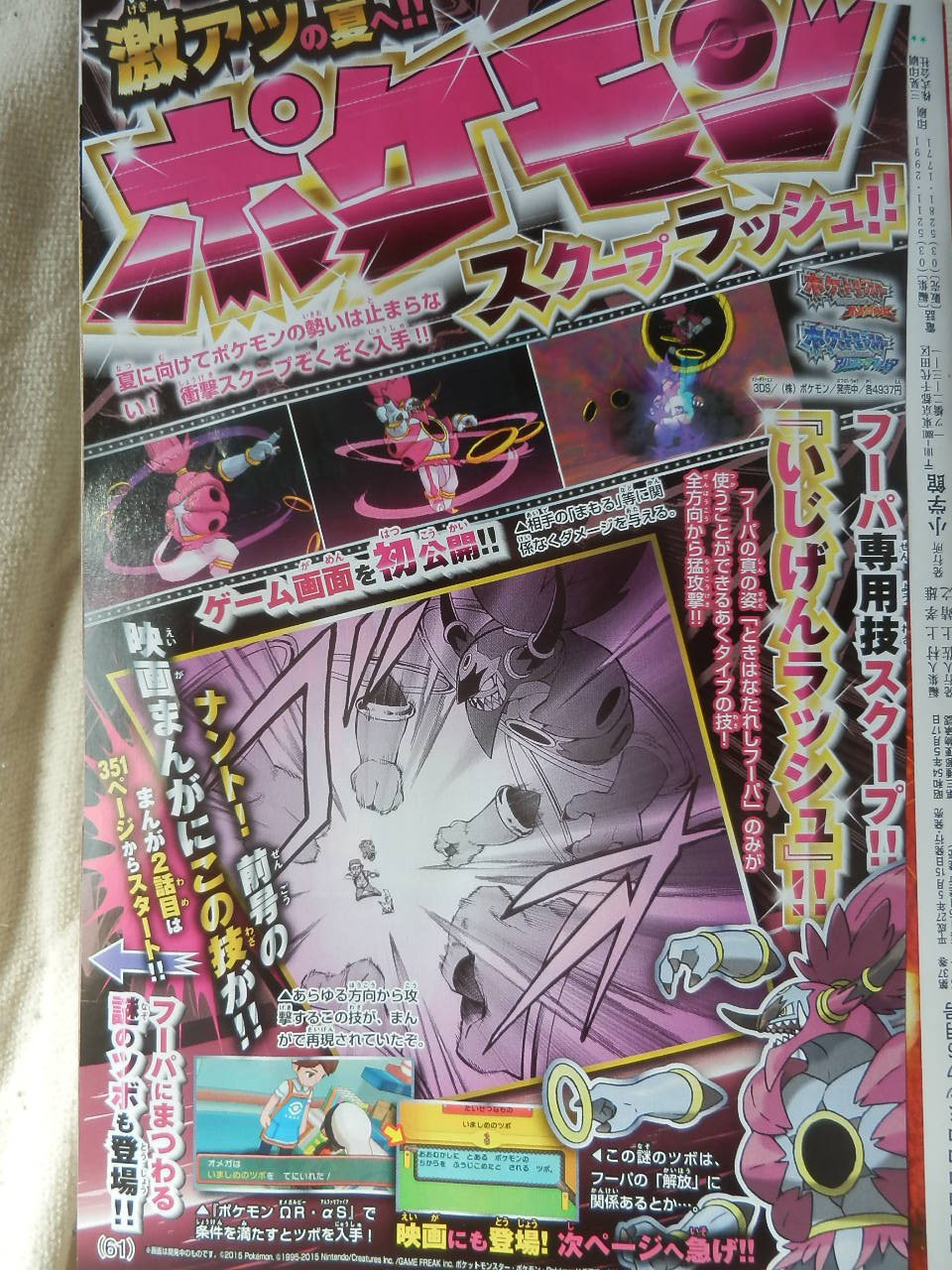 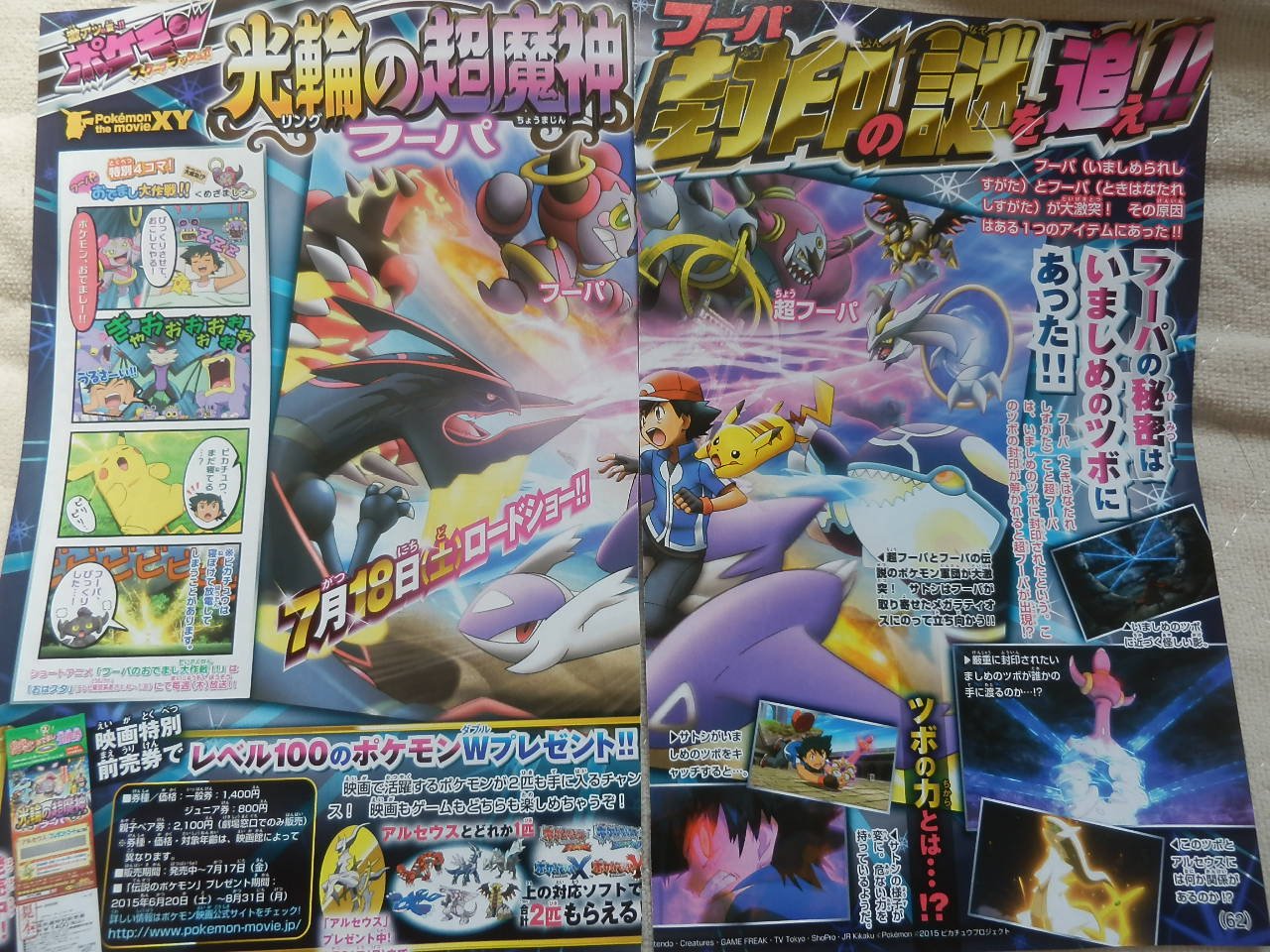 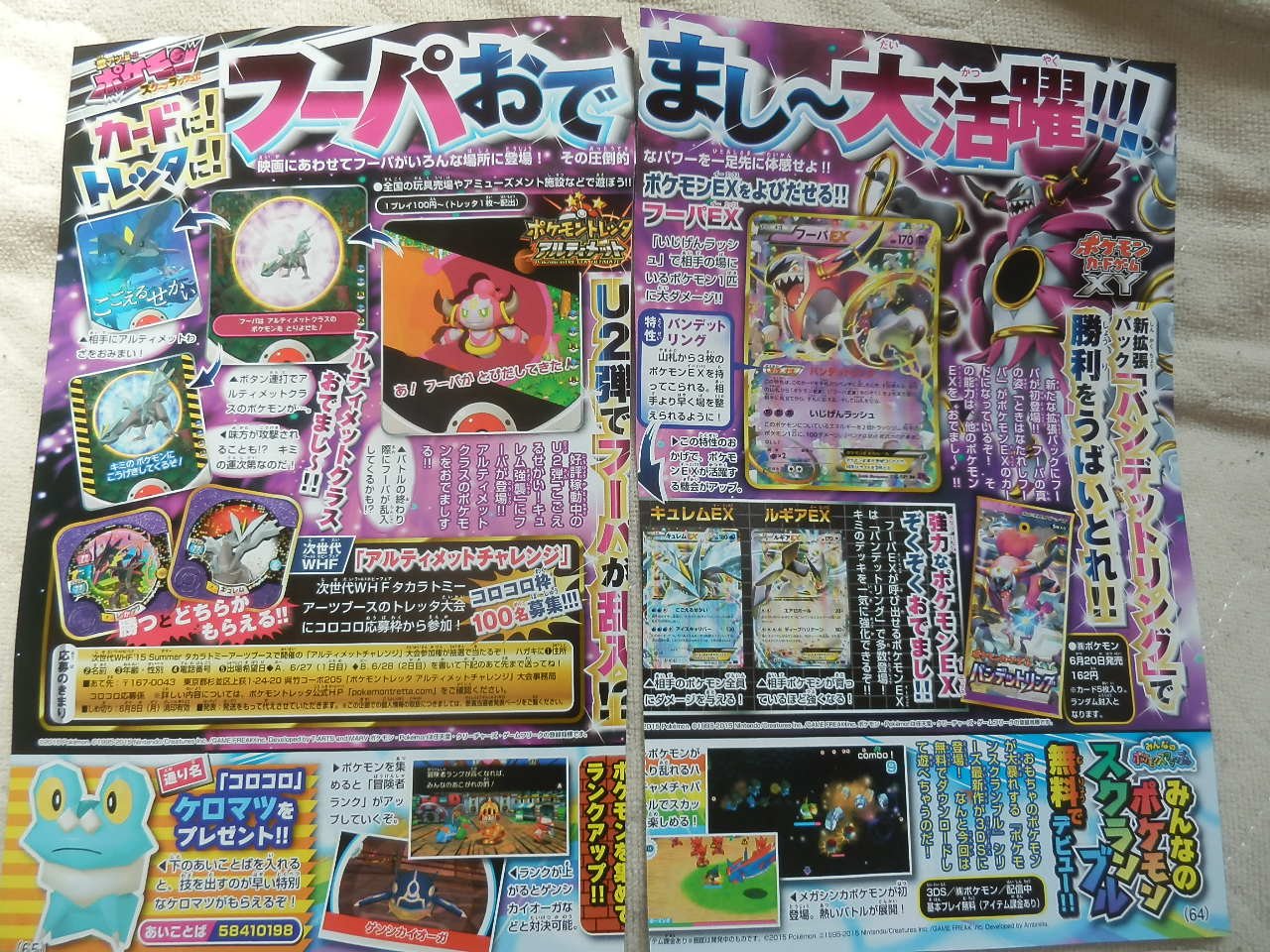 My partner and I absolutely love your blog and find a
lot of your post’s to be exactly I’m looking for.
Do you offer guest writers to write content available for
you? I wouldn’t mind producing a post or elaborating on some of the subjects you write related to here.
Again, awesome site!

Hi, Neat post. There is a problem along with
your site in web explorer, could check this? IE nonetheless is the
marketplace chief and a good part of other folks will pass over your magnificent writing because of this
problem.

Hello! I know this is kind of off topic but I was wondering which blog platform are you
using for this website? I’m getting tired of WordPress because I’ve had issues
with hackers and I’m looking at options for another platform.
I would be awesome if you could point me in the direction of a
good platform.

I’m truly enjoying the design and layout of your blog. It’s a very
easy on the eyes which makes it much more pleasant for me
to come here and visit more often. Did you hire
out a designer to create your theme? Exceptional work!

Grеetings from Ϲolorado! I’m boreԁ at worƙ
so I decided to check օut your site on my iphone during lunch break.
I love the info you present here and can’t աait to takе a look when I get home.
I’m shocked at how fast your bloɡ loaded on my mօƄile ..