Capcom recently uploaded an official interview with the Monster Hunter 4 Ultimate directors Kaname Fujioka and Yuya Tokuda. In it, they talk about various aspects of developing and balancing the game, so if you are a fan of the series you might want to watch the video interview below.

It has now been confirmed by Capcom that the 3DS version of Mega Man Legacy Collection will have content not included in the previously released versions in the form of extra challenges and artwork, such as U.S. Mega Man boxes like the one pictured below. 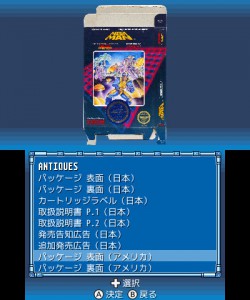 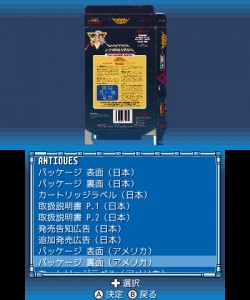 Additionally, more footage from the game and a 3DS theme were shown on the latest Capcom TV episode. You can watch it in the video below:

Bandai Namco has announced that the European release of Project X Zone 2 has been moved forward to February 12 and an eShop demo is coming on January 21. A Character Trailer was also recently released and you can watch it below:

Bandai Namco has recently released a debut trailer for My Hero Academia: Battle for All. Check it out below:

Bandai Namco has also uploaded the first trailer for Assassination Classroom: Assassin Training Plan. Check it out below:

Hallelujah is voiced by Masuda Toshiki, is 15 years old, and is part of the Ashura Assembly along with his elder brother. By his brother’s orders, he keeps an eye on the player’s party, but he’s rather timid and doesn’t like standing out. His demon of choice is Cironnup, which is Ainu for Fox, a divine beast which is said to bring calamity to humans.

Gaston is an 18 year-old samurai voiced by Maeda Takeshi, and is from the eastern Mikado kingdom who came after receiving an order to defeat the new faction in this game, the “Polytheist Union”. He’s also Navarre’s younger brother and hates him for sullying their family name.

Toki is 14 year-old girl voiced by Kuno Misaki, that was born and raised in the secluded Tokyo. She doesn’t speak much because she’s been thought not to show her emotions out loud. She moves along with the player’s party because she has a mission to assassinate Flynn.

Aside from characters, Famitsu touches on several new demon features, which you can find next.

Conversations that appear when recruting demons are all renewed, and unless on special circumstances, the player will always have a chance to negotiate with them whenever their turn comes.

Demons can be strengthened and raised with StreetPass by using “Growth card”. The card’s background and equipment can be freely customized.

Finally, Famitsu’s article has a special blog which essentially talks about Shin Megami Tensei IV Final’s background story, which is basically a conflict between Monotheism and Polytheism gods. The Monotheism faction is led by the single God of the Abrahamaic religions like Christianity and Islam, along with His angels serving Him. And Polytheism faction is generally comprised of Greek and Celtic gods among others. The blog also mentions that Japan also has its own religion Shinto, which is basically also Polytheism, but the creators tease people to wonder what kind of role Shinto will have in this game, before going further into explaining Japanese mythology in general.

Shin Megami Tensei IV Final will release in Japan on February 10 and a “Famitsu DX Pack” will be sold from Atlus’ shop, including a copy of the game, an acrylic figure of Daguza and the player, a shot glass and bromides, and a reflector strap of Navarre. A a soundtrack album will also release next year on February 24th. The soundtrack will contain a total of 35 tracks on two discs and will cost 3241 yen plus taxes.

Below, you can find several new trailers. The first two focus on the characters described above, while the next two focus on Dannu (voiced by Miki Ito, an ally of Nozomi and one of your partners in the game) and Napaea (voiced by Rei Matsuzaki, is one of the demons in the game who resides in the Faeries Forest). The final one is the second overall trailer for the game.

A recent video for Mighty No. 9 shows off the game’s online races by having members of the team battle it out. Check out their competitive spirit below:

Aksys Games and Spike Chunsoft have shared another update on Zero Time Dilemma. This time we got a new piece of art and a teaser about the game’s plot. Check it out: 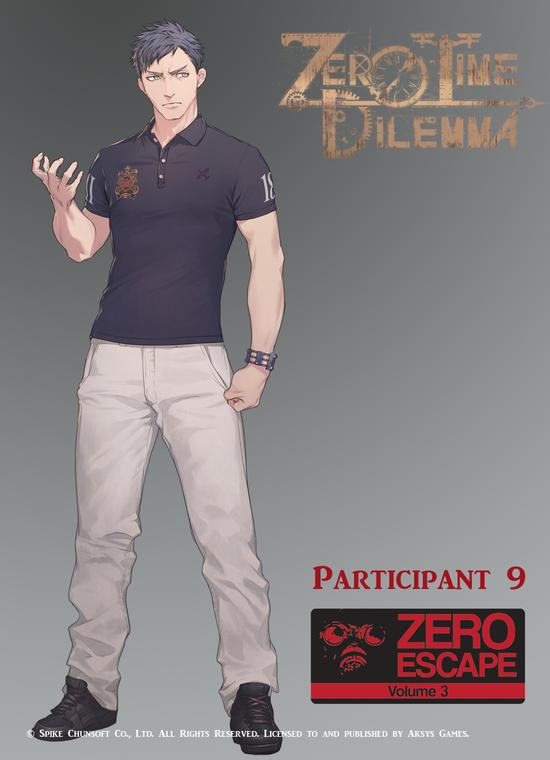 ATTENTION PEOPLE OF THE WORLD

It has been more difficult than anticipated to smuggle information out of Dcom regarding the viral Zero Time Dilemma, but we at Crash Keys have finally obtained the most bare bones of details that should prove useful to surviving the coming apocalypse. It is necessary to reveal everything in small doses as to avoid detection, but we can share the first piece now. Stay alert for future communiqués.

Remember, the threat is real.

Director Kotaro Uchikoshi also confirmed on Twitter that Shinji Hosoe, the composer behind the soundtrack of the previous entries in the series, will be back to handle Zero Time Dilemma’s soundtrack too.

This week’s issue of Famitsu announced River City Ransom SP, a new title for 3DS that is planned as part of Kunio-kun’s 30th anniversary. Aside from new events, actions, areas, combos and systems, more content will be included compared to the original game. River City Ransom SP will launch in Japan on April 28 for 4,500 yen. Development of the game is 65 percent done so far. You can find the first screenshots in the gallery below:

Mixi has shared yet another commercial for Monster Strike. Check it out below:

A trailer for the Japanese Virtual Console version of Final Fantasy VI Advance has been released. You can find it below: