Yesterday, our friends at Engadget published an interview with Hisashi Nogami from Nintendo EAD.

He joined the group back in 1994 and has worked in several games you might be familiar with since then, such as Yoshi’s Island, Super Mario 64, Animal Crossing and Splatoon.

In this interview he talks about how they work when creating new IPs and avoids talking about a pontential Animal Crossing game for Wii U, when asked about it. 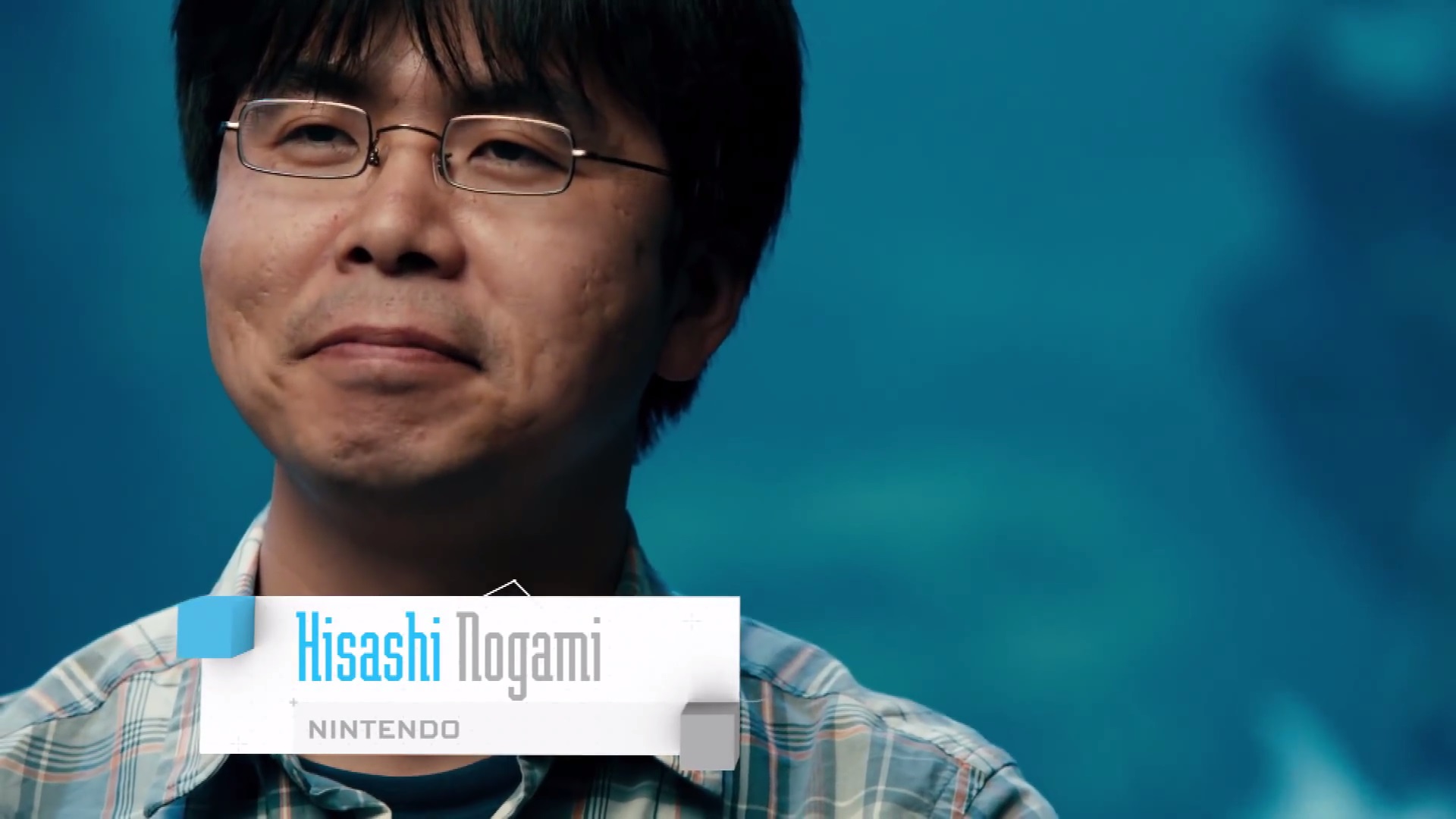 You can read the quoted interview below:

In a recent Iwata Asks interview with the Splatoon team at Nintendo EAD, you explained that after finishing your work on the Wii U, you set out to make a game that didn’t fit into any established genre. You wanted to make something that wasn’t a Super Mario Bros. or Legend of Zelda. What’s the biggest challenge in making something totally new at Nintendo?

I think it’s true that, with Nintendo, in an established franchise like the Mario series, there are challenges and new things that need to be done with each new title. I think it’s really true that in creating a game like Splatoon, we were basically starting from scratch and there were many more fundamental ideas and decisions that we needed to set in place before we could get going with the rest of development. That was what I considered to be the largest challenge we faced.

You mentioned that your childhood experiences informed making the game. It’s difficult to take something as simple as a child’s game, that energy of a kid playing pretend or just running around and being crazy, and make that into something everyone of any age can play. How do you recognize an idea that can be translated into an all-ages video game? How do you refine that into something that everybody will enjoy?

We wanted to focus on the types of feelings and emotions we had as kids. What was fun in particular about the games and activities we did as children? We wanted to bring those same feelings into the game. So the process consisted of talking about things we enjoyed doing as kids and the feelings that were associated with those experiences, and then picking out the elements from that type of play that we could then carry over into the game.

It wasn’t so much the gameplay itself, but the emotional content the gameplay brought. When we looked back at our childhood we thought, “Wow, this thing really made me excited!” What from those experiences and what from the gameplay can we break down and bring into a game?

Just the design of the Inklings has that spirit. The T-shirts, the hair, the fashion, the guns themselves; everything is playful. They’re very striking characters. The Inklings are also the very first original characters to come out of EAD since Pikmin in 2001. What’s the secret to making a new Nintendo character?

We didn’t start [with] wanting to create new characters, but rather a new type of play experience. These new characters you see now followed naturally. I feel that no matter how interesting a character you create, if that character isn’t fitting within the context of the gameplay that you’re creating, it’s just not going to have that much lasting appeal.

We knew that we wanted to have gameplay that featured switching back and forth between two forms that have these very different abilities just like the squid and humanoid forms the Inklings have. Their look is more a product of us granting them those abilities and really cementing those things as part of the game that we wanted to create.

This goes back to the points you mentioned with the hair, and fashion, and weapons that the character has. In designing this game, we also knew it was going to be a game that people would play online. In playing games online, when you have a character representing you — and this applies most specifically to the humanoid form the characters have — we thought that players would grow a greater attachment to those characters being able to customize the way you look when you go to face other people in battle.

Something I love about Splatoon is how loud it is. The colors are loud; the music is loud; and everything is just so big and bombastic. Your work tends to be quiet. The Wii U menu you created is quiet. The Animal Crossing games are very quiet. How did it change your creative process to make a game that’s so noisy?

I’m actually someone who enjoys playing games myself! I play a wide variety of games including over-the-top action games. We started this process of making Splatoon from the point of having two teams with two different colors of ink and you need to capture turf with those colors. Once we knew that that two-color separation was our starting point, we thought, “Well, let’s emphasize this!” and really gave those colors that stand-out nature that you see.

To speak to my past experience in designing games that seemed more quiet, I think this returns to the point that when we design games, we start from: “What is the core gameplay element that we’re wanting to create?” So for games that I’ve been associated with in the past, such as Animal Crossing, this is a game in which the core design was to exist and live in a village and look at a variety of things as you experience life. So to achieve that gameplay, the game looks quieter and has a more subtle look.

Looking at your games like Animal Crossing and the online player-vs.-player modes in Splatoon, it seems that you tend to make games that can’t be finished in the traditional sense. There’s no final level, no boss. What appeals to you about games that are persistent, that you keep going back to, that you play again and again as opposed to something with a beginning, middle and end?

This may be my own personal taste, but when I think about making games and the enjoyable aspect of games, for me it’s really more about the journey than the destination. So the interesting parts of a game for me are those parts in between. The intermediate processes and things that you do on the way.

In speaking about the types of games we make, it depends largely on who’s going to be playing, and then the different things people of different ages bring to the game. For example, younger children may have difficulty finishing a long game or getting to the end, but it doesn’t matter if they are having fun. For example, someone who can’t finish a Super Mario Bros. will enjoy playing that first level over and over again and getting it just right. But this also holds true for adults. You hear regularly that adults don’t often have time to sink into a game to master it and take it all the way to the end. But if you are able to create something people can enjoy even if they only have a short time, that is a really crucial element to include.

Game players who are in junior high school, though, may have more time on their hands to really focus on taking a game all the way to the end. They want that sense of achievement they get from completing things and ticking off objectives. If we can think about the way to give that type of enjoyable experience to the widest variety of people possible, that’s our aim. I think the way we do that is by making those experiences, no matter what it is you’re doing in the game, so you feel like you’re enjoying yourself and feeling that sense of accomplishment.

So my very last question then is: When are we going to see Animal Crossing on Wii U?

Well, that’s difficult for me to answer at the moment! Yup. That’s pretty much all we can say.

What I will say is that you may have seen an announcement recently about an Animal Crossing product coming out on the 3DS… I can tack that on to the end of my response.

(The 3DS product he is talking about is Animal Crossing: Happy Home Designer, just in case you haven’t figured that out by yourself…)