With E3 2015 almost here, Nintendo sent us a new schedule recapping the various events they have planned for the expo. 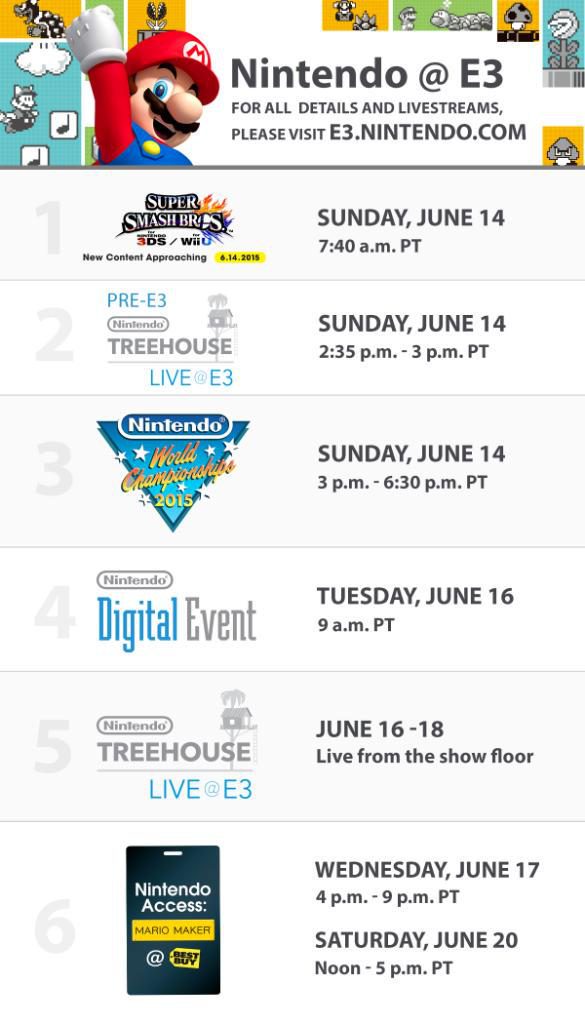 Here’s all the details according to Nintendo PR:

REDMOND, Wash.–(BUSINESS WIRE)–Nintendo will showcase its 2015 and select 2016 software lineup this year at E3 and will kick off the video game trade show with insider access events that extend to fans following the show from afar. Our play-by-play reference guide below lets you track Nintendo’s live E3 coverage, the thrilling return of the Nintendo World Championships and special game sampling events, so you won’t miss a minute of the fun. We will continue to share information on future games and initiatives in the months ahead.

Nintendo Treehouse: Live @ E3:
Watch Nintendo Treehouse staff live from the E3 show floor as they deliver in-depth coverage of Nintendo’s lineup, including live game play and appearances by Nintendo developers. This interactive show kicks off immediately following the Digital Event live stream at http://e3.nintendo.com and is scheduled to run daily throughout the show.

Nintendo Access: Mario Maker at Best Buy:
Over 120 participating Best Buy locations in the United States and Canada will welcome fans with hands-on sampling for the upcoming Mario Maker game for the Wii U console. Drop by 4-9 p.m. local time to play through levels in a variety of Super Mario Bros. styles. Everyone who demos the game will receive a button commemorating the 30th anniversary of Super Mario Bros., while supplies last. My Best Buy members in the U.S. who pre-order two select Wii U or Nintendo 3DS games from the participating Best Buy stores will get a free limited-edition Mario Maker seven-button set upon paid balance and receipt of the games, while supplies last. Your coupon for the seven-button set will arrive in December by email. A second event will be held on Saturday, June 20. Find a location near you at http://www.bestbuy.com/nintendoaccess. Check the same URL after June 17 to see which games qualify for the button offer. The Canadian button set offer and participating stores in Canada can be found at http://BestBuy.ca/mariomakerE3 or http://Bestbuy.ca/mariomakerE3-fr.

Nintendo Treehouse: Live @ E3:
The final day of the show kicks off at 9:55 a.m. PT. Staff from Nintendo’s Treehouse will be joined by Nintendo game developers for last looks at our E3 lineup. Visit http://e3.nintendo.com to watch live, and then relive Nintendo’s E3 2015 show highlights.

In addition to this, in the last few days they uploaded two images to Twitter, showing fans how The Legend of Zelda will be played at E3 and stating that Jeff Hansen and Thor Aackerlund, the champions of the first Nintendo World Championships, will be making an appearence at the event as guests of honor! You can find both images below: 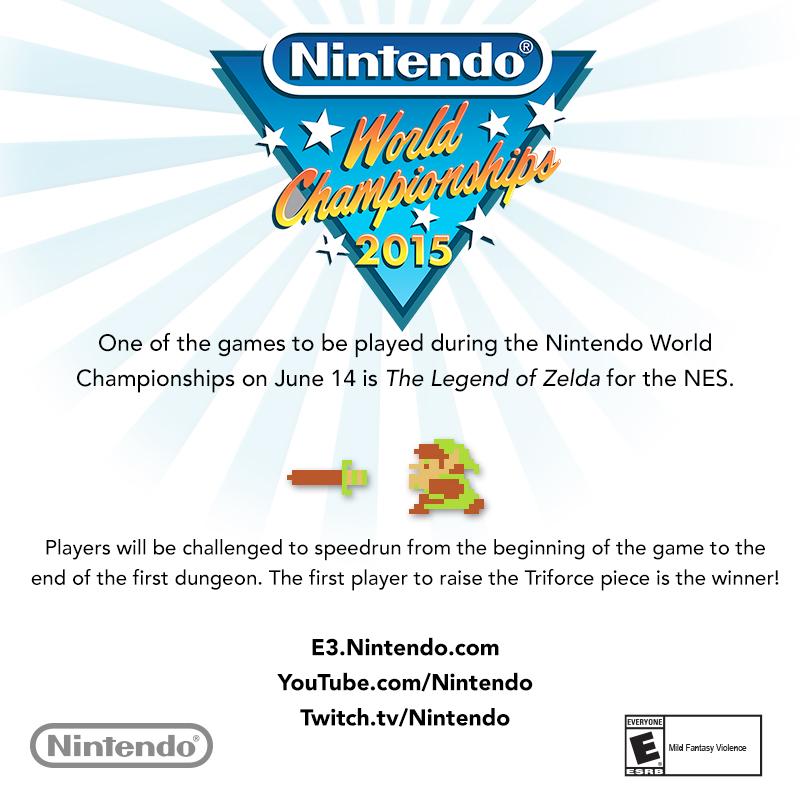 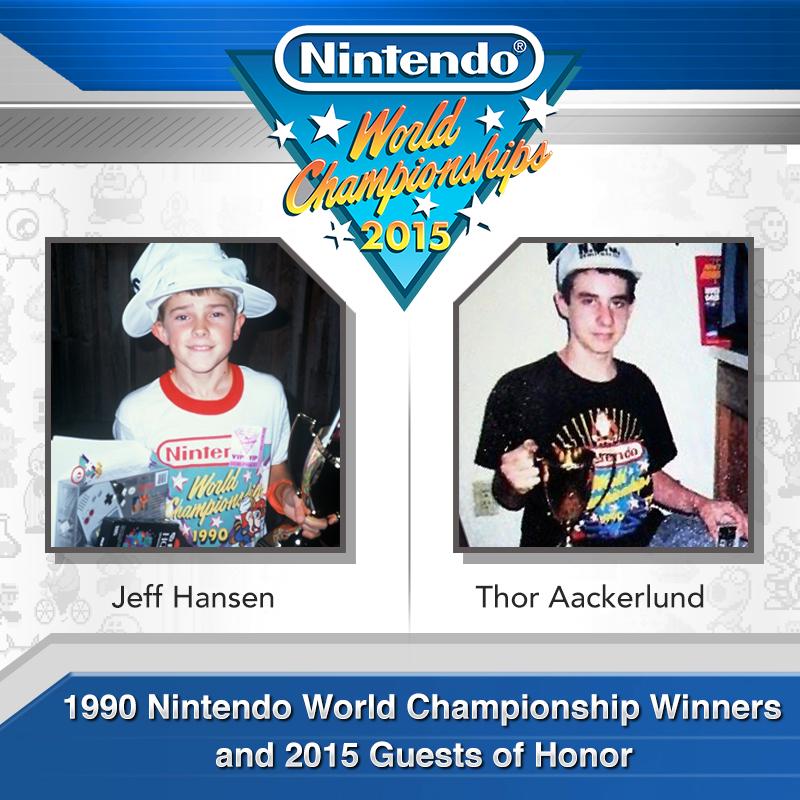