In a recent post at the official Splatoon Tumblr, Nintendo has taken some time to introduce the Squid Squad, a music group that is responsible for the background music played during Turf Wars. You can read up on all those details below: 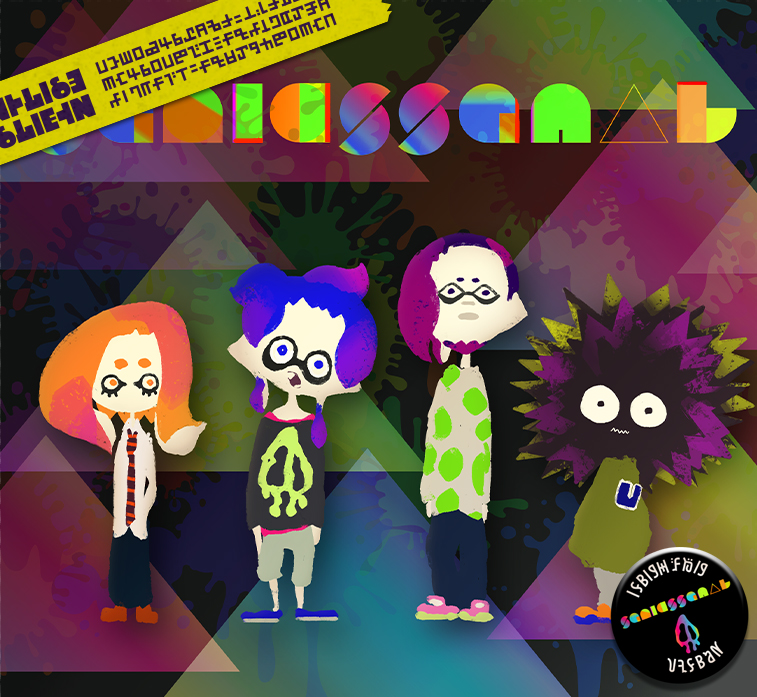 This group of squid punks is the Squid Squad. They’re one of Inkopolis’s hottest acts, and their tracks can be heard as background music during many of the Inkling Turf Wars. Sadly, their shows sell out instantly and they’re always being mobbed by fans, so they don’t make public appearances very often.

The keyboardist is the group’s only girl. The melodies she weaves reveal a foundation in deep-sea squid funk that’s truly on another level.

This guy handles lead vocals and guitar in the Squid Squad, and he writes most of the music and lyrics, too. Welll, he never actually learned to read music, but he’s got a gift for rippin’ phat guitar riffs, and most importantly he’s got that rockstar charm to inspire the other members to greatness.

The bass player is the group’s oldest member. He’s one cool customer who doesn’t show much emotion, but make no mistake, he’s the backbone of this band. He’s always the first one at soundcheck, and the last one to leave the stage at the end of the encore.

The dummer’s a bit rough around the edges. They call him wild child for a reason. This youngster’s sense of rhythm is uncanny, and when it matters most, his sticks are always there to lead the way with a wicked beat barrage. He really gives his all on stage—if you look closely you might catch him weeping during a drum solo.

The new Ranked Battle mode, Tower Control, has also been released since yesterday. That said, Nintendo provided us with a description of the mode.

The objective of Tower Control is to ride a single floating tower into the enemy’s base. Both teams rush toward the tower, which is initially placed in the center of the map, and the tower will start moving automatically once a player climbs aboard. But beware: Riding the tower will increase the chances of being splatted, as every player has his or her target on the tower. Riding the tower alone is pretty tough, encouraging randomly selected teams of players to team up to accomplish their goal. Just like in Ranked Battle and Turf War, players will be rewarded for working together as a team. Surrounding the tower and protecting the player riding the tower, using each stage’s features to gain an advantage and supporting each other are the keys to victory.

It seems like the only mode missing now is Rainmaker… maybe it will show up together with the bigger August update!?