Nintendo recently announced that a Splatoon tournament is to take place in Japan, and now has finally released some information about the event, to be named “Splatoon Koshien”. 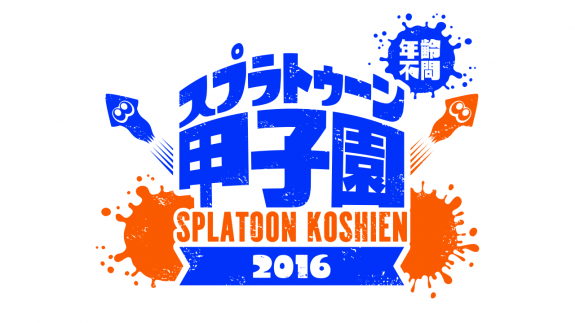 The first part of Splatoon Koshien 2016 will take place in the following locations:

Each one of these events will feature various 4-on-4 team matches in Turf War, with no weapon limitations. A lottery will be held to determine players if there is an overflow of participants at any of the local tournaments.

Each player who enters will be given a wristband, and the teams that are victorious at the different events will be able to compete in the Game Party Japan 2016 this coming January to determine a final winning group.

Here’s the rules for the local tournaments:

Apparently, the eSports tournament will be hosted by Kadokawa, Toukaigi and Nicovideo parent company Dwango, and will feature over $1 million in prize money.

Finally, here’s a look at the stages that will be making their way to each local tounament: 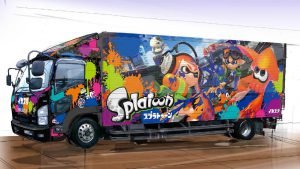 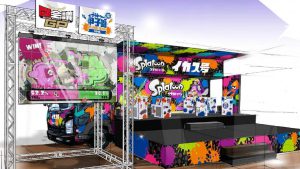 Meanwhile, North American is about to receive its next Splatfest event.

In a team up between Nintendo and Hasbro, a special Transformers themed Splatfest is to be held, allowing players to choose between Team Autobots or Team Decepticons.

The Splatfest in question will begin on August 28th at 9 PM PT and will last through the following day, as always.

You can check the official announcement and related screenshots below:

Are you team Autobot or team Decepticon? Nintendo and Hasbro are joining forces to help you defend your robot allegiances in the Splatoon game for the Wii U console.

Splatoon features themed events called Splatfests that let players pick a preference, such as Autobots or Decepticons, and then compete against the opposing side in online battles. A Splatfest celebration lasts for 24 hours, during which players head into battle and try to rack up Turf War wins for their side. While the Splatfest is ongoing, in-game characters get to wear a special T-shirt that shows which Transformers team has their allegiance. The ink that each team shoots will also be customized to match the color scheme of the chosen side.

Once a Splatfest ends, the side with the most points will be awarded the most Super Sea Snails, items that will allow them to upgrade their gear in the game. The Transformers-themed Splatfest event is scheduled to run starting at 9 p.m. PT on Aug. 28 through 9 p.m. PT on Aug. 29 and is open to all Wii U owners who have Splatoon and an Internet connection.

Splatoon, which is exclusive to Wii U, represents Nintendo’s take on the action-shooter genre. Characters called Inklings can transform into squids as they attempt to cover the play area with their team’s colorful ink and splat opponents. Using an array of inventive weapons, players cover the playing surface with as much of their team’s colorful ink as possible before time runs out. On Aug. 5, a free software update in Splatoon brought a large amount of new content to the game, including two new matchmaking modes, new weapon types, an increase to the game’s level cap and more than 40 pieces of new gear.

NOTE: Kinda surprising to see all this eSports support for Nintendo games lately! O.O
I just hope this does well in Japan so Western companies will feel like hosting some tournaments too. That would be cool for a change…